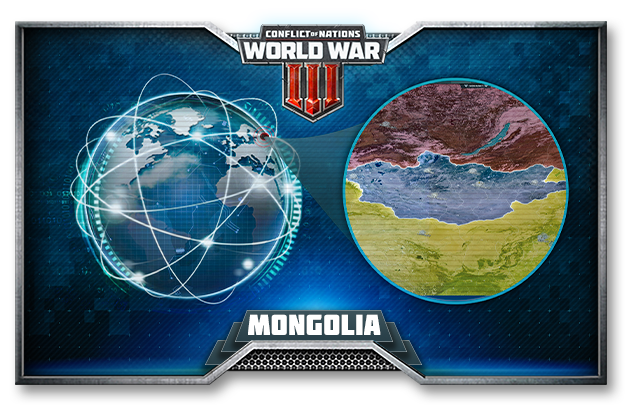 It may be hard to believe that the relatively mid-sized “Land of the Eternal Blue Sky” was once the largest adjoining empire in history! Previously a nomadic people split into several tribes, the infamous Genghis Khan would appear to unite the tribes and initiate the rise of the Mongol empire. Over the span of 88 years the Mongols would continue to expand, conquering nation after nation until Kublai Khan would conquer the Song Dynasty in South China and bring the empire to its greatest extent at 9.15 million square miles of land.

The Mongol empire was a unique and prosperous one, bringing life back to the Silk Road trading routes and being incredibly tolerant of other religions. However, the empire would ultimately divide after the death of Kublai Khan. Disaster would continue to strike a few years later with the Black Plague, and China would overthrow the Mongol dynasty in 1368. By 1691 Mongolia would be completely under the control of China, and it would take 230 years until they would finally regain their independence in 1921 thanks to help from the Soviet Union.

Nowadays, Mongolia has about 3.1 million people, making it the most sparsely populated sovereign state in the world. In fact, it is estimated that 13x more horses and 30x more sheep live in Mongolia than actual people. From those people about a third are nomadic living in the tradition “yurts”, circular buildings which can easily be transported. Mongolia may have abandoned its conquering ways, but that hasn’t stopped it from becoming a truly beautiful nation. 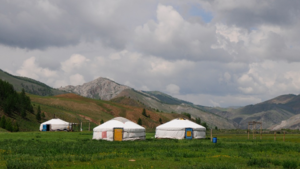 A medium sized nation, the birthplace of Genghis Khan, this country is dominated by wide open steppe and mountains.

With Mongolia having an abundance of plain and desert terrain along its mid and south section, as well as an Eastern doctrine which benefits tanks, a possible early strategy is to invest in some fast moving armoured units in order to quickly take over the AI-controlled nation of Uyghur. An especially daring player may also send those units south to sweep up the desert terrain of player-controlled China and get a head-start on conquering that nation.

Mongolia’s biggest problem however, is that it is landlocked between two massive player-controlled nations, China and Russia. Diplomacy may not be possible with both of them, which would require the player having to traverse huge distances in order to conquer these nations or to meet up with allies. Therefore speed is of the essence. The player should certainly consider investing in air units such as helicopters, as well as Airborne Infantry for fast deployment across the map.

Whatever the player chooses, the player must decide early on about what to do with Russia and China and make establishing relations with them a priority, as going to war with both will certainly mean destruction.

Overkill further complicates the matter by removing the AI-controlled nation of Uyghur and giving that territory to player-controlled China. Without that AI nation, Mongolia loses it’s early chance at expansion and is now completely sandwiched between Russia and China.

Hope is not lost however, as removing a large amount of AI nations cuts both ways. Should diplomacy with a large nation like China fail, the player can form a coalition with nations which in this map are now player-controlled, such as Kyrgyzstan, Tajikistan and Nepal, as well as other nations bordering China in order to force the nation to fight on multiple fronts. In the words of poet Robert M Hensel - “A single man of one, only pebbles can be moved, but many men together, stands no mountain that can’t move.”

With Rising Tides the game changes quite a bit for Mongolia. No longer is the nation sandwiched between 2 massive nations, with the nation instead having several smaller neighbours. Mongolia also has access to the sea now, making investment into naval units a worthwhile strategy. It’s up to the player to decide with whom to ally from the new neighbours, but a priority to keep in mind should certainly be the conquering of the AI Nation Siberia to the north of Mongolia, especially with the much-coveted Victory Site in the province of ‘Norilsk’. The 1000 Victory Points gained from controlling that site is essential to winning the game, and an alliance with Kazakhstan and the much smaller Russia could help in making sure that site stays in Mongolia’s hands. 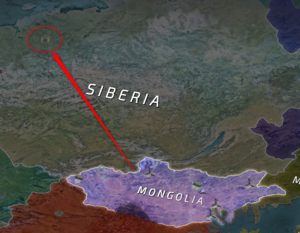