A motorized point defence anti-aircraft system protects advancing forces from immediate air threats with a 25 mm gatling gun and Stinger surface-to-air missiles housed in a launcher pod. Small and mobile, these units are feared by any low-flying ground attacker such as helicopters or fighters. They are capable of being strategically airlifted by, both, helicopters and aircraft. Mobile AA will have a harder time in Forests, Jungles & Tundra.

This unit has the following features on its final tier: 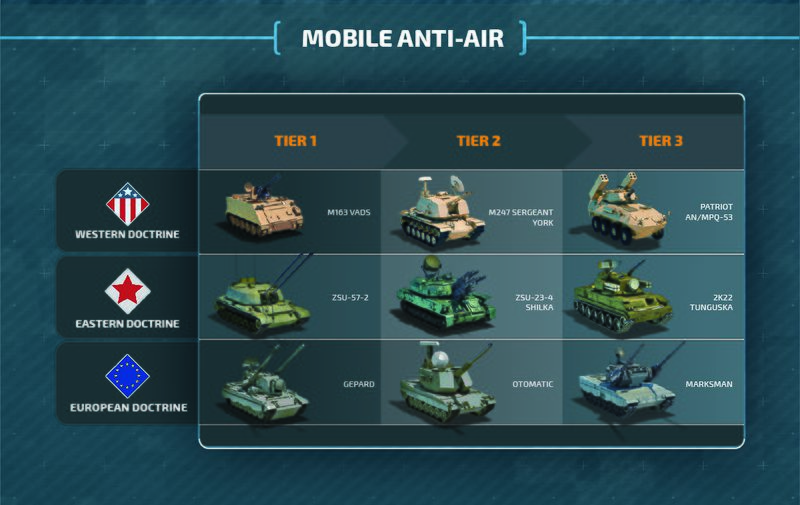