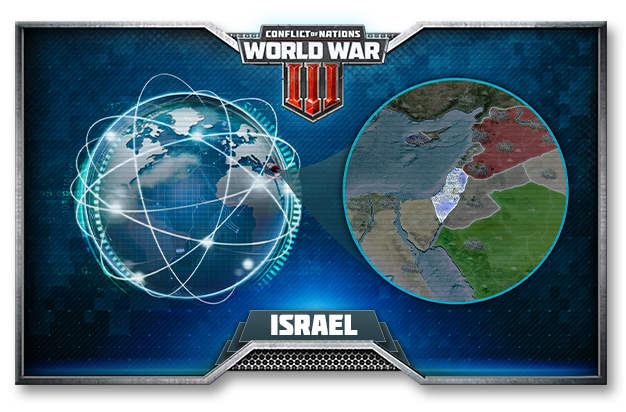 There are few nations the size of Israel that can truly claim to have had as much impact as they have on our world history. This nation, which is just about the size of New Jersey, has found itself at the centre of many historical events, and has been able to make close ties with several of the world’s largest and most powerful nations including the United States of America. But how exactly did such a small country make such a large name for itself?

It isn’t exactly clear when Israel emerged from the Ancient Near East civilization of Canaan, however most Israelites trace their origin to the biblical story of Abraham and his grandson Jacob, who later had his name changed to Israel. Jacob’s 12 sons would then start the 12 tribes that would ultimately become the Jewish nation, with Yehuda (also known as Judah) being the origin for the name Jew.

As the years would go by, Israel (then more commonly known as Palestine) would be conquered by several of the world’s largest empires, including the Egyptian, Babylonian, Persian, Macedonian and Roman Empire. During this time the famous Crusades would start, were knights would constantly travel to Israel to capture “The Holy Land”, slaughtering anyone in their path who didn’t identify as Christian. Eventually Israel would be a part of the Ottoman Empire in 1516 and would stay like that for just over 400 years, before it would transfer to the British in 1918.

This event would mark the beginning of the Israel-Palestine conflict, a conflict that still goes on to this day. With the rise of Zionism amongst Jewish populations, and a desire for a distinct national identity within the Palestinians, conflict was imminent as both people fought for land. The British’s attempt to limit Jewish immigration only made things worse, with militias rising up to fight local Arabs and resist British rule. Eventually the United Nations agreed to divide British Palestine into two states for the Jewish and Arabs, however this led to several Arab states declaring war on Israel. Israel won this war, as well as another war a few years later in 1967 which led to a large amount of land being claimed. Violence continued, with the first Intifada (uprising) claiming over 2000 lives, and a second one claiming over 4000. Currently the situation is still unstable and many believe that unless peace is achieved, things could someday get much, much worse.

The first thing the player has to consider with Israel is its size. With so many larger playable countries around it, Israel is already starting out at quite a large disadvantage. Having so many cities on the coast also makes Israel susceptible to invasions from the sea as well as from land. The player’s first priority here is to fortify, especially the coastal cities, in order to deter the larger nations from rushing in to claim land. The next big priority is to set up diplomatic relations with some of the larger nations adjacent to Israel, as being attacked from all sides is sure to spell instant death for the player. If there’s units to spare, taking over the AI Nations of Jordan and Lebanon may be something to consider, but they should not be considered a priority as defending definitely needs to come first.

A possible strategy could be to have good diplomatic relations with Syria, Iraq and Egypt so that Israel can safely make a move onto Saudi Arabia. With Saudi Arabia having its cities spread out so much, Israel can safely send an army to take them out one at a time, before then moving onto the AI Nations that surround Saudi Arabia and having a large claim in the Middle East.

Overkill ups the difficulty of Israel by quite a significant amount. With 4 cities instead of 5, the player is soon going to run out of Rare Materials, a very vital resource. To make matters worse, Jordan is no longer a playable nation and will probably be gunning for your city of Gaza with its Components production. The player can try and take Jordan’s city of Irbid for Rare Materials, but that will leave less time to fortify against the bigger nations and leave Israel’s coastal cities susceptible to attack.

With so few options at the player’s disposal, Israel is going to need allies and it’s going to need them fast. An option could be an alliance with Saudi Arabia, which could be used to flank Jordan and allow the player to safely take those much needed Rare Materials from Irbid. Saudi Arabia could also help fortify against Egypt, allowing Israel to safely move upwards into Asia.

The player should not get to cocky however, as whilst Israel may have several cities it is still very small, and its desirable position will make it valuable for anyone wanting to gain a foothold in Africa. Israel will definitely need to consider alliances with its larger neighbours if it wishes to stay in the game for the long-term.

This map comes with several pros and cons for Israel. On the one hand, one of its largest neighbours Egypt is no longer directly connected to Israel, and has in fact been ravaged quite badly by the rising tides. Jordan has also gone back to being an AI nation, helping to remove some pressure from Israel’s eastern flank. On the other hand however, Israel has gone back to only having four cities, with no fuel nearby for Israel to easily take. The closest Fuel cities are in Iraq or Syria, but it might be risky for Israel to head for those larger countries early on. With all these factors in mind, Israel may want to consider an alliance with Saudi Arabia for some extra insurance. With such a large nation on Israel’s side, marching north should not be a problem for the player, and Israel can proceed to get the resources it so desperately needs.