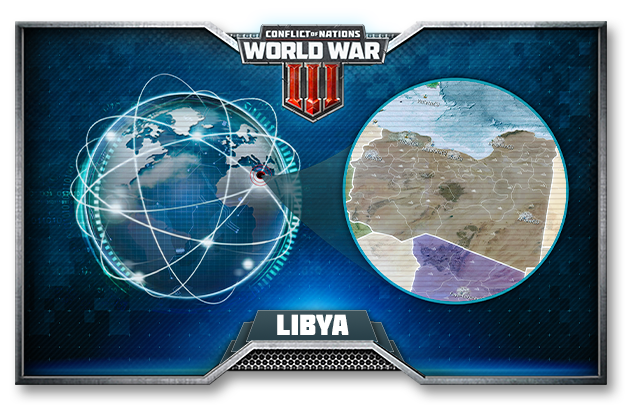 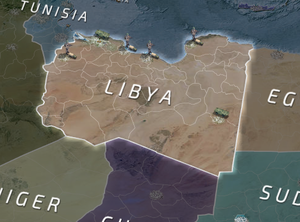 Our next African Nation Spotlight is another large nation within the Maghreb region.With six neighbouring nations and twenty two districts Libya is certainly no small dot onthe map. It features the longest Mediterranean coastline out of any North-African nation, and around 90% of it is made up of the Sahara Desert.

The history of Libya starts with the Berber tribes, men and women indigenous to North Africa. They have been a permanent presence through the history of Libya, and currently Arab-Berbers form roughly 97% of the nation’s population. However they rarely were the rulers of their own country as for most of its history Libya was under the rule of foreign powers, including the Romans, Ottomans and Italians. Conqueror after conqueror swept through Libya, whilst its native Berbers persisted through war after war until they finally earned their long-sought freedom in 1951.

A bloodless coup in 1969 would start the regime of the infamous dictator Muammarr Gaddafi, the “King of Kings in Africa.” He ruled for over four decades, cementing himself as one of the most divisive rulers of our time, with some presidents like U.S. President Barack Obama labeling him as a tyrant, whilst others like South African President Nelson Mandela sympathizing with him as a martyr. His reign ended in fire and flames in the civil war of 2011, marking the end of another great power within the heart of Libya.

His reign is just another anecdote in the history of Libya, which has seen and been apart of the rise and fall of a great many nations. The ruins of mighty Cyrene, most important of the five Ancient Greek cities in Libya, stands as a testament to this fact.Now, as Libya slowly recovers, perhaps someone may step in to once again establish Libya as a mighty nation and a force to be reckoned with.

Once again we have a nation with plenty of desert terrain and an Eastern doctrine. A nearly investment in tanks and a quick takeover of the AI nation of Tunisia is an advisable and safe bet, and a daring player may also send some units southward to claim the AI nations of Niger, Sudan, and perhaps even Ghana and South Sudan, though for beginners splitting up your units so much may be unwise. 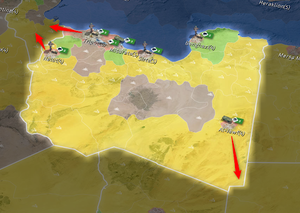 With so many cities on the coastline, the player may also choose to take to the sea. A quick take over of the AI nation of Malta could help set up a naval base in the middle of the Mediterranean. From there the player has the option to send naval units all throughout the Mediterranean Sea, though perhaps a move towards the nearby nations of Italy or Greece may be advised especially if the player wishes to hold onto their base in Malta.

Either way, the player needs to decide quickly whether to head to Europe or stay in Africa, and plan accordingly. Alliances with Egypt or Algeria is always advised in either case, and if the player wishes to take over Africa then Chad’s abundance of southern cities could help to get a foothold in that region. With so many cities on the coast, it’s also certainly advised to fortify them with a few Corvettes as another player could easily take them over and conquer the main power hub of Libya otherwise.

Overkill brings with it its usual problems, as all of Libya’s neighbouring AI nations are now playable. Only Malta remains an AI nation, which whilst not bad as an aid in naval warfare, is hardly a nice chunk of land and Victory Points that Niger or Sudan could provide. However this is actually not that much a cause for alarm, as these nations have their cities primarily in their southern border, far away from Libya.

This opens up a great opportunity for Libya, as whilst they pose little threat, they can be invaluable for pushing deeper into Africa. However Libya should take care not to underestimate them, as should they ally with Algeria or Egypt then Libya would become open to a pincer attack from land and from the sea. Corvettes in each harbor is essential, as a loss to Libya’s plentiful coastal cities is the quickest way to its downfall.

Rising Tides completely flips the challenges presented in Overkill for Libya. Now the southern border is almost completely shielded by the “Dead Zones”, halting access into Libya from its southern section but also stopping Libya from being able to push downwards into the heart of Africa. With the map also encouraging everyone to invest in a strong navy, Libya’s coastal cities are also more valuable than ever, making them a great asset for the player and a target for everyone else.

Sorting out relations with either Algeria or Egypt is now more crucial than ever before. However the player would do well to not underestimate the value of Tunisia. A potential strategy could be to form a coalition with Tunisia (and maybe even Morocco) and then push as a united front onto Algeria, gaining more control of the valuable coastline and coastal cities in the North-African region. Once the player has control of the North-African coastline, then they have free reign to invade upwards into Europe, or down deep into the belly of their home continent. 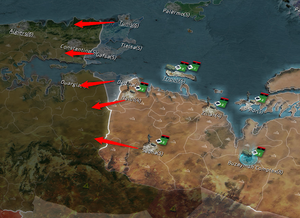