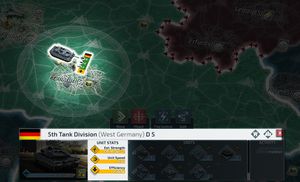 To simulate modern logistics and fire-and-maneuver doctrines, you will notice a strict stacking penalty for units. Expect to see diminishing returns, and even negative modifiers, in combat strength and movement speed.

Attrition slowly bleeds your unit's HP when they cross certain terrain. It is not severe enough to kill your units, but the Russian winters or the Saharan desert will definitely affect your troops.

Ground units recover a small amount of HP over time when in friendly territory, while naval vessels repair over time when in coastal waters. Aircraft repair when landed in cities, or in provinces with an airstrip and field hospital.

Bunkers shield your population against weapons of mass destruction. The higher the bunker level, the more of a city's population will survive a serious attack.

In conflict zones, civilian casualties will often be inevitable. Certain units and weapons inflict more harm on local population than others. Be sure to check the Unit Info Panel to gauge how devastating the effects will be. If your actions indiscriminately cause civilian casualties during your conquest, there can be dire consequences: 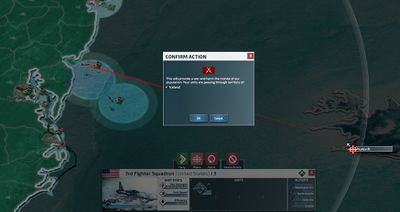 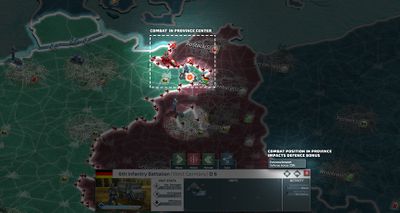